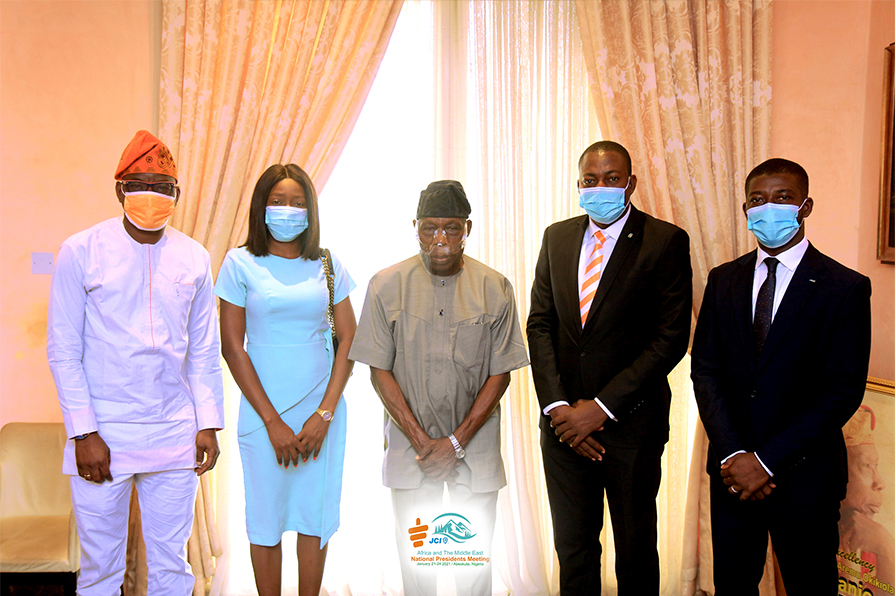 The JCI Africa and The Middle East National Presidents Meeting held virtually as hosted in the city of Abeokuta in Nigeria.

The National President was the Chief Host and the event which has been applauded as an amazing experience still had the proposed Abeokuta experience, same intellectual stimulation, and intense Naija vibes right from the comfort of the participants’ homes across the continents!

The event had 35 delegates from over 20 countries in attendance, as well as the 2021 JCI President Ryubun Kojima who shared his vision of “One Future” with the delegates and other JCI officials from Africa and the Middle East.

Some of the highlights of the National Presidents meeting was the Opening Ceremony with the Honourable Minister for Youth and Sports Development of the Federal Republic of Nigeria Mr. Sunday Dare, who served as the theme speaker; the special session with the Africa and Middle East Development Council (AMDEC) Chairman, JCI Senator Adeniyi Rasheed Balogun who shared the AMDEC Growth Plan; as well as the grand interview session with the former President of the Federal Republic of Nigeria; His Excellency, Chief Olusegun Obasanjo GCFR on the 23rd of January.

Other interactive and development based sessions were held at the event, all of which resulted in several congratulatory notes received by the National President, JCIN Amb Abiola Olorunnisola over the successful hosting of the AMEC National Presidents Meeting.